Member of the World Federation of International Music Competition 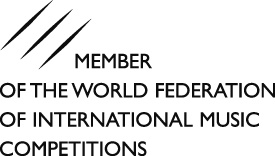 Johann Nepomuk Hummel (1778-1837), a native of Bratislava, was considered to be one of the Europe´s greatest composers and pianists in his lifetime. He studied with Mozart, Albrechtsberger, Salieri and Haydn. As a composer Hummel stands on the borderline between epochs. His work embraced virtually all the genres at the turn of century (except of symphony) and he is an outstanding representative in writing of virtuoso piano music. Stylistically, Hummel´s music connects classical with many proto-Romantic elements. As one of the most renowned representatives of late Classicism, be developed the styles of Clementi, Mozart and Beethoven and portends those of Schubert, Mendelssohn, Chopin, early Liszt and Schumann.

The International Johann Nepomuk Hummel Piano Competition would like to keep in memory the message of this great composer and piano virtuoso. At the same time it is the wish of the organizers that this competition will be the starting point of artistic careers of remarkable pianists.

Stage II.
Recital consisting works from at least two different style periods + on composition of Slovak composer written for the 6th International J. N. Hummel Piano Competition (will be sent together with the letter of acceptance after application deadline). Duration of Stage II: min. 50, max. 60 minutes.